One of the most antic texts in my collection is also the longest: a typescript, running to over 200 pages, entitled, on the first, The Wanderer: A True Narrative. It recounts a weird tale: of cursed immortals, aeon-stalked by a being of demonic cruelty; of a dread, eldritch realm, which, at certain liminal sites, abuts this world – a place lurid, grotesque, seething with menace; of a future world, desolated and hostile. It is narrated by its protagonist, one of the blighted deathless, who records its events on an ancient typewriter, on rusting hulk – long before run aground or scuttled in the Thames Estuary – as the Earth slowly dies about him.

The full text of this typescript was published by Perfect Edge Books in August, 2014. There is more information about this, and other miscellanea, and odds and sods, over on my website.

Excerpted below is my foreword to the Perfect Edge volume, in which I describe the typescript’s bizarre provenance and those elements which most disconcert me about it, those things that make it seem more account than story.

On the 18th December 2010, Simon Peterkin, a British Library archivist and writer of weird tales with a small, if cultic, following, disappeared from his Highgate flat. The event wasn’t widely reported in the popular media at the time, for, though the circumstances were bizarre, it was not deemed newsworthy: there was no human angle, no one left behind – Peterkin, who was sixty-three years old at the time of his disappearance, was a man of lonely habits, was estranged from his family, had few friends. It did, however, attract the notice of some horror and strange fiction journals, including The Shambles, for which I’d written a number of articles. The editors asked me to investigate and write up Peterkin’s vanishing; being intrigued, I readily agreed.

END_OF_DOCUMENT_TOKEN_TO_BE_REPLACED

Part IX of ‘A Skulk’. The first part can be found here.

Then, one night, following a week of muggy weather, there was an electrical storm. Waclaw, woken by thunder, got up from his bed to watch the glaring knouts from his window and to smoke. After a time, the clouds burst, and it began raining hard.

END_OF_DOCUMENT_TOKEN_TO_BE_REPLACED

Part VIII of ‘A Skulk’. The first part can be found here.

Some days later, Waclaw was walking past the front of Holly’s block and saw the young man, the one he’d seen with her, in her bedroom and on the street, waiting outside. Slowing his pace, he watched asquint, saw Holly answer the door and the young man reach into his bag, take out a bottle of wine, present it to her. She stared at the young man as if she’d never seen him before: bemused, but placid. He clasped her hand. She began shaking, and he loosed his hold, stepped back. Huddling down in a corner of the porch, she retched a few times, then spewed an off-white froth. The young man moved closer once more, muttering comforts. Holly began to wail, high and eerie. Reaching out, the young man went to stroke her hair, but flinched away on touching her. He dropped the bottle. It smashed, and the wine flowed out, pooled in hollows. After staring aghast at Holly a moment, the young man turned, ran away. She ceased her keening, grinned horribly. Then, looking up, glared at Waclaw. There wasn’t the faintest sign she recognised him. Shuddering, he hunched into his coat, strode on.

END_OF_DOCUMENT_TOKEN_TO_BE_REPLACED

Part VII of ‘A Skulk’. The first part can be found here. 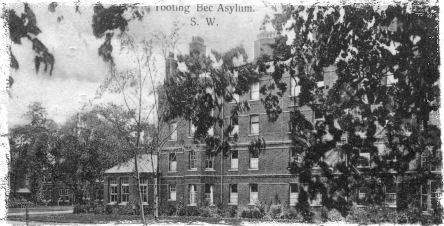 The next morning, Waclaw was on his way to work, nearly there, when Melanie attacked him. She tore barefoot off the common, clutching, in a two-handed grip, a gnarled and heavy stick, with a fox’s skull nailed to one end. She bore down, smote him repeatedly with this fetish; he tried to fend her off, but she was strong, bizarrely so. But, though she clubbed him to the ground before turning, running off, she stopped short of real injury; he was merely sick and shaken, not much hurt. He got up, staggered on, blood running from a cut above his eye.

END_OF_DOCUMENT_TOKEN_TO_BE_REPLACED

Part VI of ‘A Skulk’. The first part can be found here. 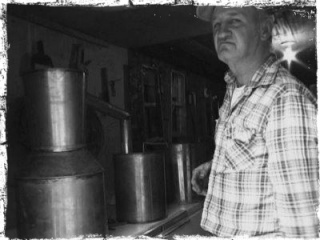 About three weeks later, Waclaw saw the girl on the street, railing bitterly at a young man, the same young man he’d seen in her room. She ranted, wrung her hands, he stood, knuckling his eyes, shaking his head, repeating her name, ‘Holly’, over and over, wearily. As Waclaw neared them, the young man turned to go; Holly put a hand on his arm to restrain him, but he shrugged it off, walked away. She sat down heavily on a low wall at the side of the pavement, fists in her lap, nails digging into her palms. Passing by, Waclaw saw a smudge of mascara on her brow, a cinereous daub.

END_OF_DOCUMENT_TOKEN_TO_BE_REPLACED

Part V of ‘A Skulk’. The first part can be found here.

One Saturday night, some time after he saw the young woman and her boyfriend fucking, Waclaw stayed in alone, rented a horror film, Littleblood. He sat down to watch it with some beers, rolled himself a joint. The film began well – a bizarre, brutal opening – but then palled, settling into stale stalk-and-slash. A little drunk, a little stoned, Waclaw found his mind drifting to other things. He thought back to the morning Melanie had appeared on his doorstop and fell into a reverie in which, instead of making bizarre romantic declarations and obscure threats, she stripped off her clothes, closed her eyes, began swaying, dancing, to some music in her head. Then his thoughts turned to the woman whose flat he could see from his window.